The March read for the book club I joined this year, Readers & Shakers, was The Education of Margot Sanchez by Bronx-raised Lilliam Rivera.

The young adult novel follows Bronx teen Margot Sanchez and her quest find herself set against the backdrop of the battle over the gentrification of the South Bronx. When I was a teen, I loved reading romance comedies, but was also (and still am) an absolute nerd for politics and news. There never seemed anything that was somewhere in the middle. I think The Education of Margot Sanchez is a step in the right direction.

The novel takes place over the course of a summer. Margot, whose family lives in Riverdale, but owns two supermarkets in the South Bronx, not far from St. Mary’s, is desperately trying to fit in with the “popular” girls at her affluent prep school. Forced to work in her family’s supermarket for the summer, she spends her time trying to avoid creepers and drama with the cashieristas. One day, she meets Moises, a young community activist trying to prevent developers from coming into the neighborhood to build luxury buildings that are obviously not for any of the locals *swoon.* On top of all of this, she’s also trying to figure out her friendship with her best friend from elementary school, who instead of attending the elite prep school, has gone to an art high school and made a bunch of new friends, causing Margot to feel insecure.

I’m so glad I’m not a teenager anymore.

With all of the Bronx references and the complexity and endless drama that comes with adolescence, I know that 16 year old Lisa would have really enjoyed this novel. Then again, so did 27 year old Lisa.

I did feel that the ending was a bit rushed and I couldn’t believe it was over so quickly! But, I think the desire to want more from a book in this way isn’t a deal breaker. At the book club, we talked about keeping the audience in mind, which is also important. For a teen, it may not be a big deal or they may not even notice.

Nevertheless, I enjoyed it a lot and definitely recommend checking it out and supporting a writer from the Bronx.

Also, the cover is gorgeous! 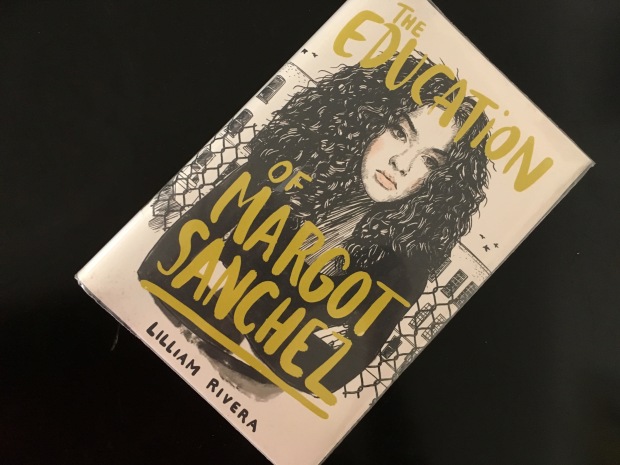