On my quest to visit all* of the continents by 30, I finally finally made it to Oceania this February. This post will be dedicated to my trip to Australia, I’ll save New Zealand for next time.

One of the few times my Bank of America travel card has come in handy (I can do another post on travel credit cards if you guys are interested. I’m still new to racking up points.) was in finding a place to stay for this trip. We finally settled on Manor Boutique Hotel because we got a pretty decent deal on it. The pictures of the property were gorgeous (click on that link. It really looks like that on the outside!) and even though some of the reviews talked about it being a little outdated, we figured it was fine.

It was an…interesting experience. So, the room was not bad. However, the internet was in and out. When you travel, you really do rely on the internet a lot to look up…pretty much everything. Then, our tv remote stopped working.  We brought it to the front desk and the woman there gave me another. That one also didn’t work. I brought it back to her and she said she’s be back with another one and..just never came back? We got another one the next day. I know these are first world problems, but at the same time, when you’re told to expect these amenities, you expect them to work. They had a very basic continental breakfast. There wasn’t much change from day to day.

I don’t think I’d stay here again, but it wasn’t the absolute worst.

It rained every.single.day. that we were in Sydney until our very last day. Apparently, this is very rare. I came prepared to live on the beach and yet…I was prepared to see some kangaroos and YET. We got really lost and missed our entire tour. I was devastated.

We made an obligatory trip to the Sydney Opera House and went to the Museum of Contemporary Art (which was free!). My favorite exhibit was a screening of a powerful documentary about protests against racism and police brutality in Townsville.  It was striking to see parallels between what black folks have been fighting against here and what has happened literally across the world. Afterward, we explored The Rocks and had a quick lunch. 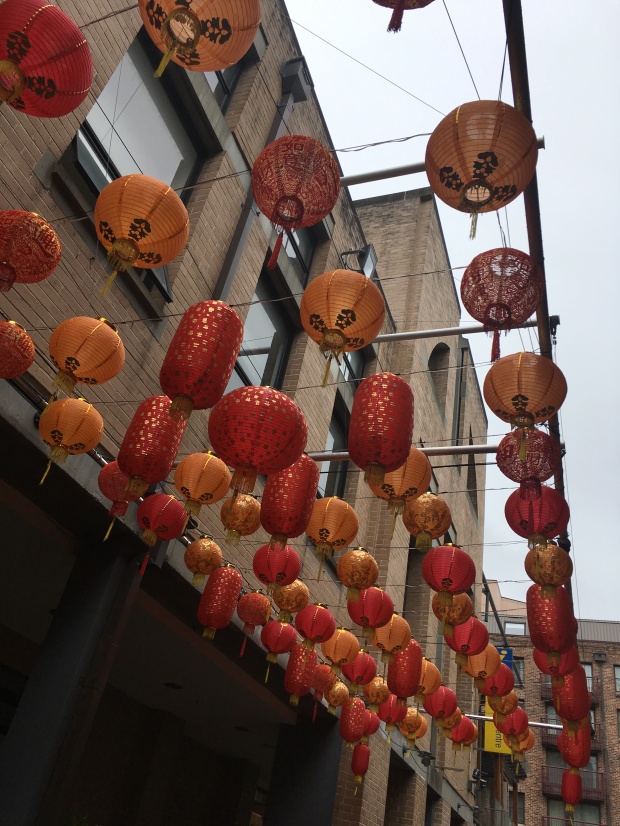 Because we missed the Blue Mountain tour on the first day, we decided to take a chance with the hop on, hop off  bus tour. This involved hopping on a commuter rail train (akin to our Metro North or LIRR) for about two hours and then getting the bus. It was decently’ priced and we actually had a nice time, hiking through the trails and getting to see the Three Sisters through the fog.

3. My absolute favorite thing we did on our very last day. It was also the only day without rain. Blak Markets is an indigenous arts marketplace on Bare Island. All around Sydney there are land acknowledgements to recognize the indigenous people of the area, but the entire week we were wondering “okay, so where are they?” In short, similar to here in the U.S., Aboriginal people have been pushed out of many areas and it’s a constant fight to correct the wrongs have been done. We were so glad to be able to speak to Aboriginal artists and support their work. I bought all of my souvenirs from here.

As I mentioned, our hotel continental breakfast left a lot to be desired, so we ventured out to brunch at The Silly Tart Kitchen. We order the Lot, which was so good. They get lots of their ingredients from their garden and you can absolutely tell because everything is so fresh.

You can’t go to Australia and not have a pie.  We went to Bourke Street United. We opted for beef and a chicken, sweet potato one. They were delicious! And way bigger than we expected.

Overall, I had really high expectations for Sydney and was a little disappointed by some of our setbacks and the torrential downpours. I’d love to return to Australia some day and get to other parts of the country.

(*I’m not doing Antarctica. I’ve thought about it a lot and….it’s just not gonna happen.)