Last week, I got the chance to visit Throggs Neck’s newest addition – The Coffee Break Company.

Located in the spot where Brew Coffee House once was, The Coffee Break Company is a joint endeavor by owners Bruce “Blue” Rivera and Brian Martinez who have given the space a total revamp. My favorite feature was the clock walls – a collection of vintage and modern clocks that line the wall during your very own “coffee break.” Another unique feature are the custom tables in the center of the coffeeshop that are made out of doors filled in with coffee beans. Another feature I thought was pretty cool was the jars of coffee beans on the wall behind the counter, which featured the top ten coffee distributors around the world.

Serving up La Colombe coffee, lattes, and tea the coffeeshop also makes all of its desserts in house. I got to try a pumpkin pie bite and a coconut cupcake. Both were so delicious. First of all, I’ve never had a pumpkin pie bite before, but I could definitely eat a 100 of them in one sitting; it’s a perfect fall snack. Second, as a person who doesn’t even really like coconut, that cupcake was fantastic. The icing was light, the cake itself was light as well, so you really got to taste the flavors instead of just straight sugar.

Though still in its soft opening stage, The Coffee Break has a number of events in the pipeline. This Friday, Oct 19, they’ll be hosting a paint and sip event. On Halloween, kids will be invited to help the coffeeshop “dress up” as a barn and around Christmas, there are plans for a cookie decorating event.

While the grand opening isn’t until November, you can keep up with the latest by following them on Instagram or Facebook. 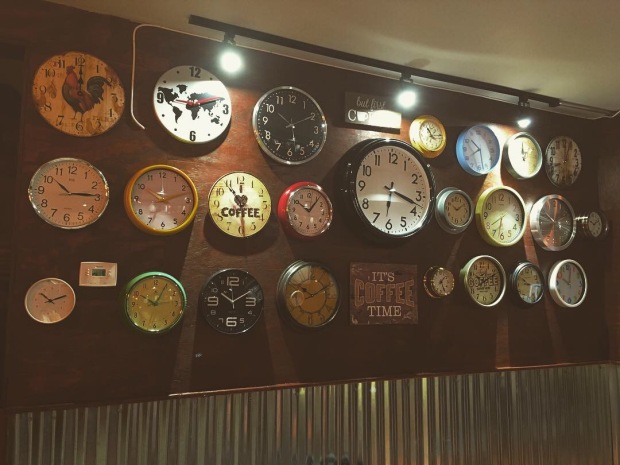 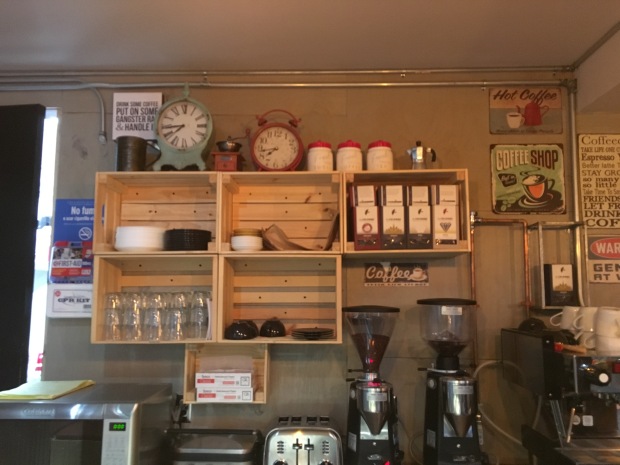 This week the Husband and I went on a walk and found ourselves on Arthur Ave. We grabbed some frozen yogurt at Peachwave, stopped by Madonia Bakery, and I convinced him to stop by a place that’s been on my list of places to check out for MONTHS – Prince Coffee House. Obviously I am a sucker for a good coffee shop (see here) and Prince definitely doesn’t disappoint. I ordered an Earl Grey tea, which came in a cute little teapot, from which I was able to get 2 1/2 cups of tea. (Yum!) Aside from the presentation, the space itself is thoughtfully decorated – from the hanging bronze decorations on the ceiling, to the painted counter, and cozy little nook downstairs, I spent half my time there looking around discovering new details. I’ll know I’ll definitely be back to sample some desserts. 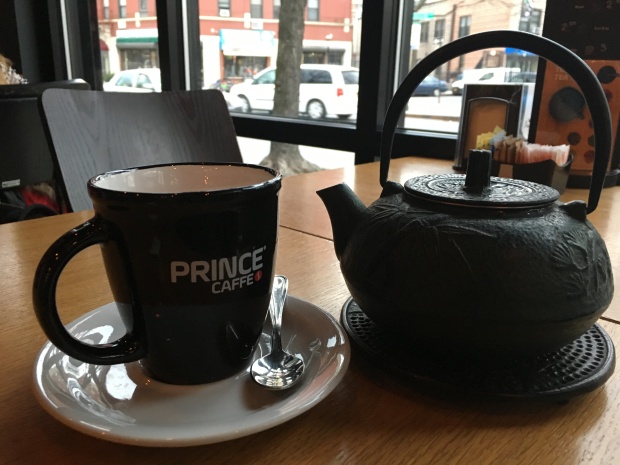 After taking your name submissions and transforming their space, the Bronx Museum’s much anticipated cafe is open for business! Serving salads, sandwiches, pastries, and coffee from the Bronx’s own Morris Perk, the cafe will be a wonderful new addition to the borough to gather with friends and enjoy art. Another cool aspect of the cafe is that it will be staffed by Bronx residents via Fountain House.

To celebrate its grand opening, the cafe will offer the first 50 guests a FREE small coffee, espresso, or cappuccino on September 9, 10, and 11.

Starting tomorrow, Wednesday, September 9 the museum will also extend its hours of operation to include Wednesdays from 11:00 am – 6: 00 pm.

Over three hundred names were submitted for the Bronx Museum of the Art’s new cafe, scheduled to open on August 2nd! The top three contenders have been revealed and it’s up to YOU to vote for the name you like best. Remember, if the name you submitted is chosen, you will win lunch for six people and if you’re the runner up you’ll win two tickets to a Bronx Museum paid event.  The official name of the cafe will be revealed next Wednesday, July 15th, at the museum’s open house event.

Click here to vote for the name you like best. Polls are open until this Friday, July 10th!

My cravings for bubble tea are intense. Not just a simple “Hey, I could go for some peach bubble tea right about now.” It’s more like “I MUST HAVE SOME NOW.” So, you can imagine my joy when I read about Beans and Berries on Yelp. Located at 2038 Eastchester Rd., it certainly beats trekking down to 12th and 3rd to my usual spot, (though, I do love Just Sweet very much).

The place itself is surprisingly spacious,with long tables perfect for hanging out with a big group of friends. I ordered a mango bubble tea and a chocolate muffin. The bubble tea was okay and the muffin was a little stiff.  My friend enjoyed both of them, so it could just be me. I prefer the more fruity tea-like bubble tea as opposed to the milky sort of bubble tea, so, yes, I’m biased. The muffin was stiff, like it had been out all day.

The woman working behind the counter was friendly and polite, plus they’ve got wifi. I also saw that they carry a variety of healthy and organic products, which is always great.

I really like the ambiance of BnB and it’s so close by, so I’m certain I’ll be back, but I think I’ll just order something different.

Please excuse the crap quality of the picture, as I took it with my Lackberry. (No, that’s not a typo.)