Until Saturday, I’d never been to an opera. It was something I always thought I should do eventually, but made no real effort to go. So when I learned that the Metropolitan Opera Summer Series was happening in Williambridge Oval Park as part of SummerStage, I knew I had to check it out. Plus, it was the first time that they’ve ever performed in this park, which is pretty cool.

We’ve all seen some kind of opera on tv at some point in our lives (I am specifically thinking of this episode of Hey Arnold) but let me tell you that seeing it in person is something totally different.

Performing a variety of songs from Verdi, Mozart, Tchaikovsky, and Wagner (among others!)  Gabriella Reyes de Ramirez (soprano), Gerard Schneider (tenor), and Adrian Timpau (baritone)  did such an amazing job conveying the passion and conviction of each song that it didn’t matter that I didn’t actually understand what they were saying. It’s really moving and captivating, not to mention that their vocal abilities are insane.

While this was their only show in the Bronx, they have two more shows coming up in Jackie Robinson Park in Manhattan and Socrates Sculpture Park in Queens. I highly recommend checking it out if you can. 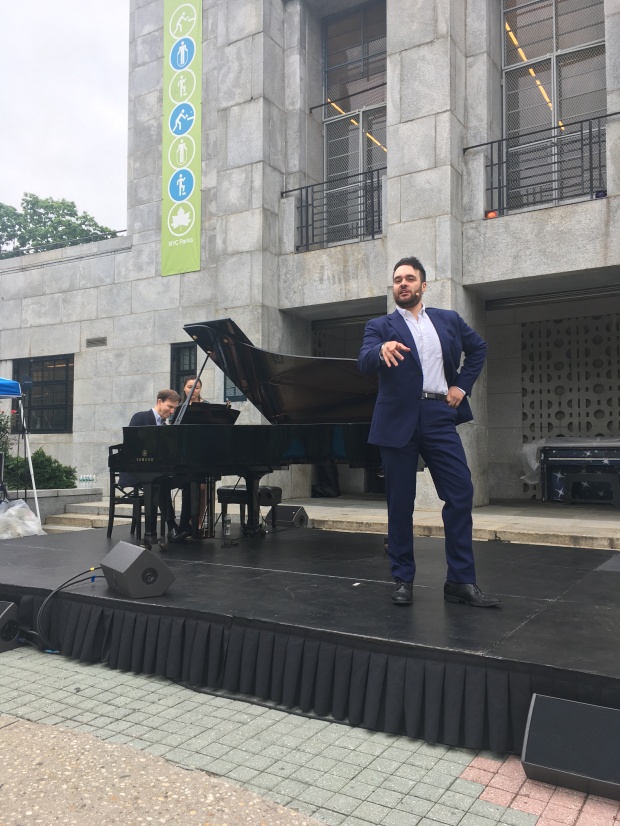 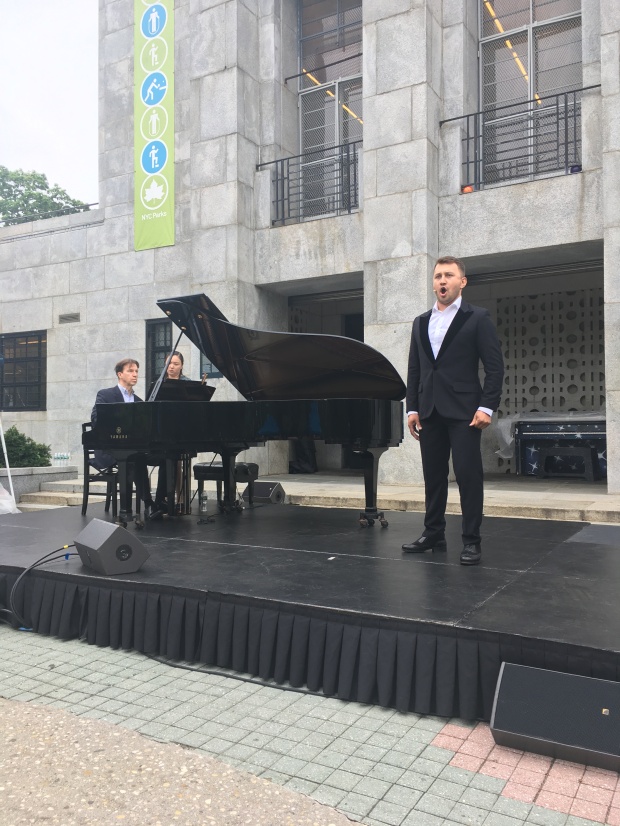 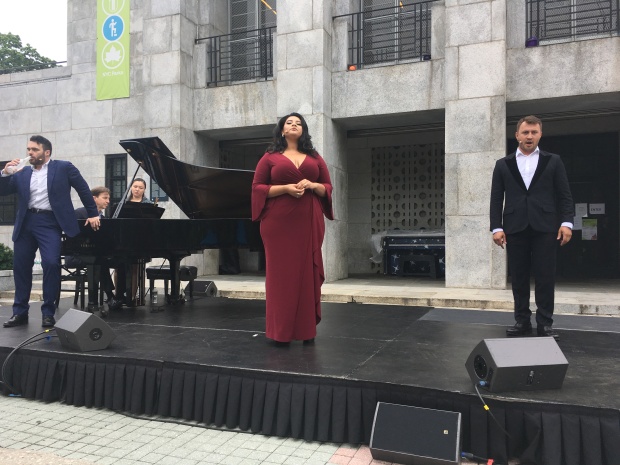 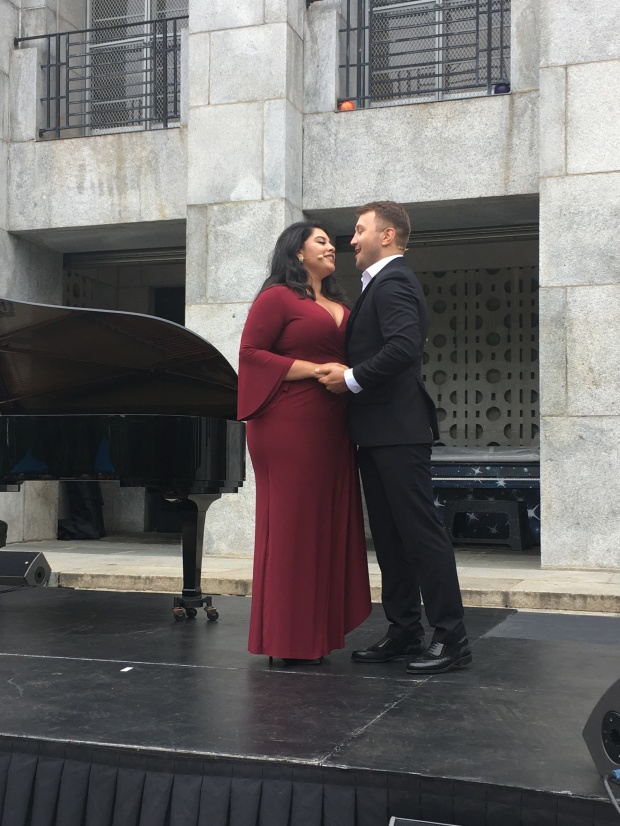 Having been married now for all of two months and change, I’ve found that I’d much rather sit inside and binge watch a show on Netflix than make a bunch of plans with my husband where we end up spending money and trying to figure out how we’re going to get home at the end of the night. However, as noted in wedding websites and blogs across the inter web, it’s important to actually go out and do something you’ll both enjoy.

We’ve spent the past few weeks embroiled in a web of property buying responsibilities, and it ended up not working out, so we’ve been drained. So, when I saw a Groupon for NYBG’s Bar Car Nights at the Holiday Train Show, I knew we had to go.

Aside from being ridiculously close to our place, the Husband used to collect trains when he was a kid and I’m pretty certain they’re still at his parents’ house. One of the highlights for me was that it would be adults only and I didn’t have to worry about tripping over someone’s kid and obviously the bar. 🙂

Confession: This was my first time ever going to the Holiday Train Show.

I know, it’s an institution, but somehow I was always busy with holiday preparations and parties and by the time I knew it, it was over. Now I can say I’ve been and it was absolutely amazing. The snow definitely added a romantic setting while we waited our turn to enter the conservatory.

It’s amazing how intricate all of the models are and how the designers use plants in so many innovative ways. One of the coolest features for me was seeing how transformed the conservatory was  – trains whizzed around large leaves and hovered right above small ponds, it was beautiful.

Move quickly though, the Holiday Train Show runs until January 16 and the last Bar Car Night is January 14. 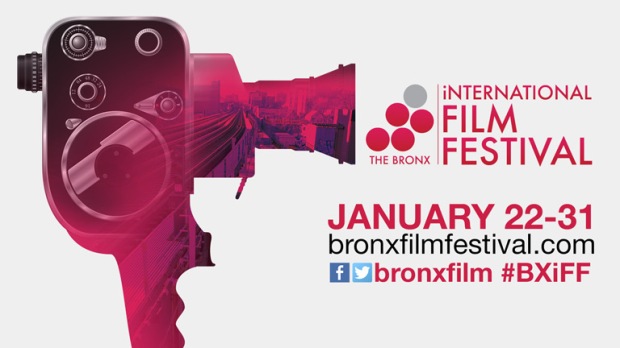 The 12th Bronx International Film Festival kicks off tomorrow featuring over 70 films made by both local and international filmmakers. Films made about the Bronx or by Bronxites include:

GRAFSTRACT: The Bronx Street Art Renaissance by Dan Perez. By enlisting the help of some of the world’s top street artists, J. “SinXero” Beltran has made it his mission to legally beautify the Bronx, the birthplace of graffiti, through his TAG Public Arts Project (The Art of Grafstract).
LIKE A BOSS by Bryan Christian. A foolishly heroic guy gets himself into fights against thugs to save innocent people but gets beat up until his ‘kick-ass’ girlfriend come to the rescue.
WRITE WITH ME…by Hannah Leshaw. A woman longs for a songwriting partner but, terrified of the vulnerability inherent in the act of creating, retreats into the safety of her mind.
AMERICAN BEATBOXER: THE DOCU-SERIES 1ST EPISODE by Manavaskar Kublall. From the creators of the award winning documentary American Beatboxer, currently being broadcast on Revolt TV, accepted into the NYU’s Hip Hop Education Center Archive upon its world premiere, the Harvard Hip Hop Archive, the Rock and Roll Hall of Fame Library and Archives and most recently the Moorland-Spingarn Research Center Founders Library at Howard University, comes American Beatboxer the Docu-Series. This fresh, compelling, exciting and ground breaking series follows the lives of five beatboxers on their way the finals of the 6th American Beatbox Championships. The cast is ethnically diverse, the talent is phenomenal and the performance are amazing!

The films will be screened at Studio Theatre at Lehman College, 250 Bedford Park Blvd West.

A festival pass for admission to all screenings is only $30. Daily passes are $7. Visit http://bronxfilmfestival.com for film details, trailers and to purchase passes. Follow the festival on http://facebook.com/bronxfilm and http://twitter.com/bronxfilm.

This Saturday, see what the borough’s youth has to offer at the Second Annual Bronx Youth Talent Show sponsored by HealthFirst and Bronx Lebanon Hospital. (It’s really awesome when local businesses/resources can support something great like this in the community!)

Check out the details and more from HealthFirst below:

The talent show, open to children ages 9-14 from participating public schools in the Bronx, will feature 24 finalists displaying their singing and dance talent, competing for the grand prize of $1,000 for their school. Contestants include dance groups and individual singers.