One of the best things about Prague is its central location, making it super easy to travel to other countries. In the time it would take us in the Bronx to take a bus to D.C., you could be in an entirely different country. It’s really cool. 🙂

It hasn’t been the easiest month for me, that’s a post for another day, but I felt the need to get away, so I booked a trip to Bratislava, the capital of Slovakia. Because I know I was asleep in history class, I’ll give you a very brief history lesson here. The Czech Republic and Slovakia used to be one country (Czechoslovakia, which you are definitely not to call either of these countries, it’s considered a major faux pas) until they decided to separate in 1993. It’s apparently the only former socialist state to separate without violence, according to Wikipedia anyway.

Anyway, Bratislava is only about a 4 hour bus ride from Prague, so I booked some tickets and a cheap hostel and packed my book bag with a change of clothes. As much as I like to think that I’m spontaneous and go with the flow, I’m starting to just accept the fact that I like to plan things out a research information so I know what to expect. But, with all the stress I was dealing with, I literally only planned the hostel I was staying at and a brunch spot. It was actually really refreshing to just wander the city and say “Oh, that’s a cute street, I’m gonna walk over here.”

Because I planned the trip so last minute and just needed a place to sleep for one night, a hostel was my best bet. In the States, I think hostels get such a bad rap (probably because of that movie I never saw), but I’ve been in some really great ones all over the world and they’re especially great when you’re on a budget. I stayed at Patio Hostel because of its affordability and proximity to the city center. I stayed in a mixed 6-person dorm, which consisted of bunk beds and drawer-style lockers. I always bring my own combination lock when staying at a hostel. It was okay. Literally a place to lay my head at night.The woman working at the front desk gave me some suggestions of where to go and where to eat and gave me a coupon I could use for 10% off a nearby restaurant.   They did provide a free welcome drink, which I definitely appreciated.

[I use HostelWorld to search and book hostels. I’ve used it for about five years or so and I have no complaints.]

Since I still had about an hour to check in, I took my 10% off coupon and headed to Slovak Pub.  To be honest, I wasn’t super excited to check this place out because Czech food has a reputation for being very heavy – lots of meat, potatoes, and bread. So I  figured Slovak food would be similar. Thankfully, I was wrong, I got a cheesy garlic soup in a bread bowl, which would have been enough, but I was starving so I also ordered a dish with chicken and potatoes. I even got two glasses of wine for 1 Euro each. I was stuffed afterward.

Another really cool place I went to, and the only place I actually looked up beforehand was a cute, trendy restaurant called Urban House I went to on Sunday for brunch. The decor was really warm and inviting and the food was delicious. I ordered a slice of avocado toast and some eggs benedict with smoked salmon.

Like I said, I pretty much just showed up. So on Saturday, armed with a map from the hostel, I looked at some things that sounded interesting. I walked to the presidential palace, Bratislava Castle and gardens, the city walls, and Old Town. Sunday, it was raining so I headed to the Natural History Museum, the Nedbalka Gallery (which resembles the Guggenheim in Manhattan!) and explored the Europe Galleria mall. 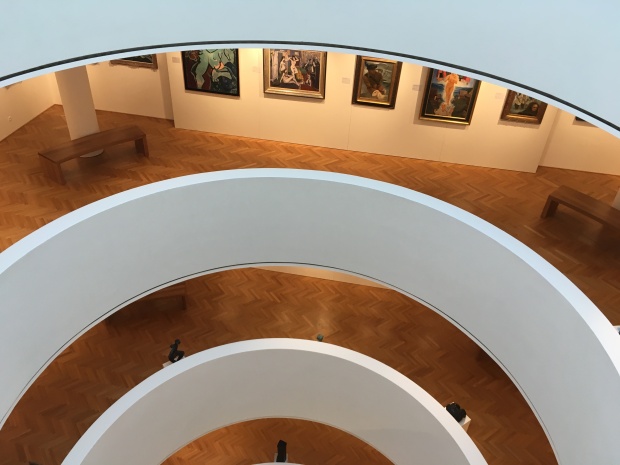 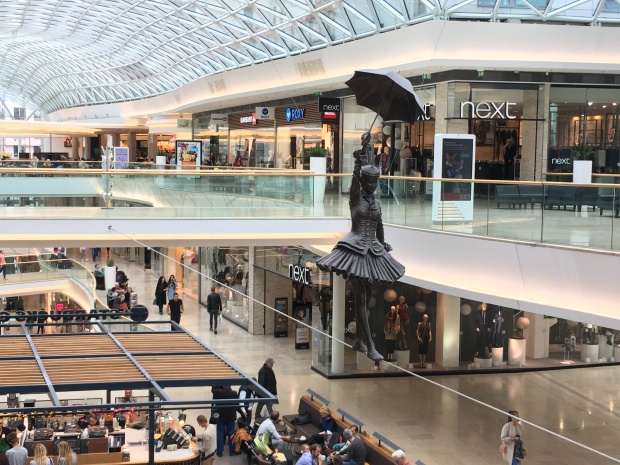 As it turns out, my visit coincided with Bila Noc, an art festival that uses lights in all kinds of different ways, so I bought a ticket, and wandered around Old Town following the crowd. My favorite exhibit was a series of lights shone through e metal square with a variety of slats so a new design shone through with the changing of the lights in time with music.

Overall, it was a really great weekend trip and definitely worth a visit. I never would have though I’d find myself in Bratislava but I’m so glad I did.